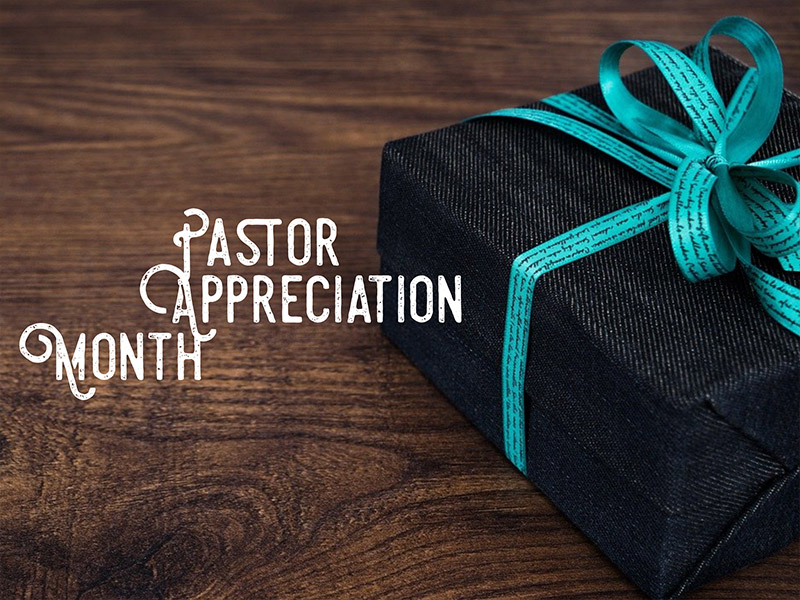 October is Pastor Appreciation Month!  This special recognition was started by Focus on the Family in 1994 in the throes of the Promise Keepers Ministry in the mid-1990’s.  Some churches in the RMD have embraced this special time of recognizing their pastor or pastoral staff while others have not regularly done so.  In either case, let me tell you, again, that we at the RMD Office are very thankful to each of our official workers!  Throughout the year we try to show you that appreciation and we key in on special times when we gather at Ignite each fall and District Conference every other spring in the even numbered years.

October 3 – 6 were the dates for Ignite this year.  A great time of learning, growing and connecting was had by those who attended.  Ken Sande presented Relational Wisdom 360 and was received very well by those who attended the sessions.  A great worship time along with our communion and healing service concluded the gathering.  Many were encouraged as we heard of at least one person healed from last year’s communion and healing service!  As a district team, we tried to serve you with a relaxed schedule, great pie and break offerings, a ladies luncheon, optional activities and a book written in 2022 for each official worker entitled Strange New World by Carl Trueman.  I am thankful to Chris, Scott, Mary, Lori and Candy for all their hard work in preparing a great time for us at Ignite.  Also, I am thankful for those who led us in worship and to Adriaan, Phil and Kaleb at First Alliance Church in Billings for hosting us at their facility.

Appreciation is something that doesn’t have to be relegated to one month or one Sunday a year.  Appreciation isn’t just gifts and recognition, it is also an environment and even dare I say, a culture.  I remember about a decade ago being at some meetings where people from all over the world were attending.  Some friends of mine were in another set of meetings at the same conference.  I spoke with one of them after their meetings had concluded.  The meetings I attended were insightful and helpful.  This person came out of their meeting and looked downtrodden, sad and sullen.  I asked why and they said, “We were made to feel as if we didn’t do enough and that is why we are in the place we are.”  They had been excited to gather, excited to see friends, excited to hear from leadership, excited to look ahead before the meeting but afterward they were crestfallen, bewildered and dejected.  All of the pre-meeting excitement and expectation had been completely drained and worse, replaced with a sense of hopelessness and despondency.

Friends, you may or may not have received anything in the way of special appreciation in October, but each of us are responsible — in part — for the atmosphere, environment and culture of the ministries we lead.  Many decades ago a wise sage told me, “Jonathan, churches take on the personality of the pastor.”  Now that is not all that can be said about a church or ministry, BUT, if you are the senior or only leader of the ministry you serve in, you are a BIG part of what sets the tone for the atmosphere, environment and culture of that ministry.  Yes, some have inherited a challenging culture and it takes hard work to change that.  Others have inherited a good or even great culture and can build on that previous good or great ethos.  Whatever the case, rarely have I found a “plug and play” just insert yourself into something and it goes on its merry way without some intentionality, some hard work and some definite engagement.

Many volumes could be written — and have been written — on creating a God-honoring atmosphere, culture and environment in ministry.  Appreciation is but one aspect.  This month let us consciously effort ourselves to improve our appreciation quotient!  There are many little and big things that can be done, written, communicated and given that can grow this important part of ministry in us and through us as we serve the Lord.

Please know that we at the RMD Office appreciate you, your family, leaders and ministry!  You have heard it said before and it is still true, we exist to serve you.  Please contact us at the District Office if there are ways we can come along and encourage you in your ministry!