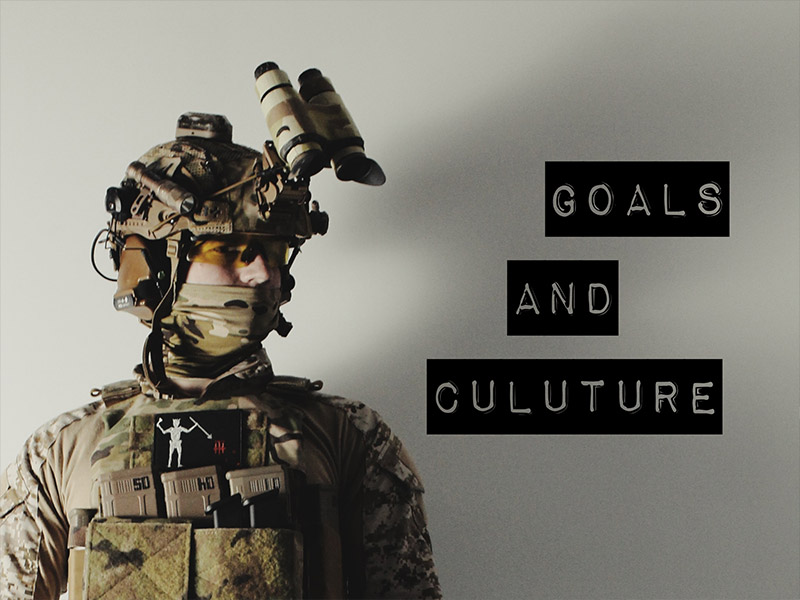 A couple of months back I read a fascinating (and sad) article about a Navy sailor who died during BUD/S (Navy SEAL training). There is a lot that can be gleaned and discussed from this story, but one thing in particular caught my attention.

Over the years, the BUD/S program has become increasingly difficult, and the graduation rate has dropped from around 40% in the 1980s to between 10-14% today. Correspondingly, trainees and trainers alike have noticed an uptick in the number of sailors who have been using illegal performance enhancing drugs to gain an edge and complete the training. This cheating is creating a bit of a problem for those leading the training program. On the one hand, war is dirty and finding unconventional ways to gain an advantage over your enemy is highly prized. On the other hand, integrity and discipline are cornerstones of team effectiveness and success. One senior SEAL leader put it this way, “What am I going to do with guys like that in a place like Afghanistan? A guy who can do 100 pull-ups but can’t make an ethical decision?” And herein lies the concept that caught my attention: is our culture aligned with our goals?

Just like the SEAL teams who say that they strive for integrity and discipline, but create a culture where cheating is encouraged, do we say that we strive for something and yet our culture works against it? For example, do we say that we strive for raising up new leaders, and yet have no appetite for anything less than excellence? If we’re not willing to accept sub-optimal sermons, endure awkward meetings, absorb the pain of a blown budget line item, or encourage through the embarrassment of a poorly worded announcement, we probably won’t ever develop leaders. No matter how much we say that is a goal, our culture simply won’t allow it.

And this is not just limited to leadership development. Consider discipleship. We may say we want everyone to be discipling someone, but sometimes our culture lets people know that we’re really not that serious about it. Sometimes there are unspoken rules about who knows enough to share with others, and everyone pretty much knows who those approved people are. Or perhaps it seeps out in an attitude of frustration or rebuke when a well-intentioned church member shares something incorrect with another person. Maybe it’s the fact that there simply aren’t any environments where this type of discipleship can occur. Or worse, maybe there are, but the only ones the church hears about from the front are the environments where the pastors and elders are leading.

Regardless of the goals that came into your mind, maybe it’s worthwhile to take a few minutes today to honestly and prayerfully evaluate how your culture is integrating with them. If you find that it’s not integrating well (and this will require a ruthless commitment to not defend yourself), consider what habits, rhythms, postures, and celebrations would lend themselves to creating the culture that catalyzes, rather than competes with, your goals. As always, we’re here to be a help and an encouragement to you in any way that we can as you lead forward.