Beauty in the Chaos

Beauty in the Chaos 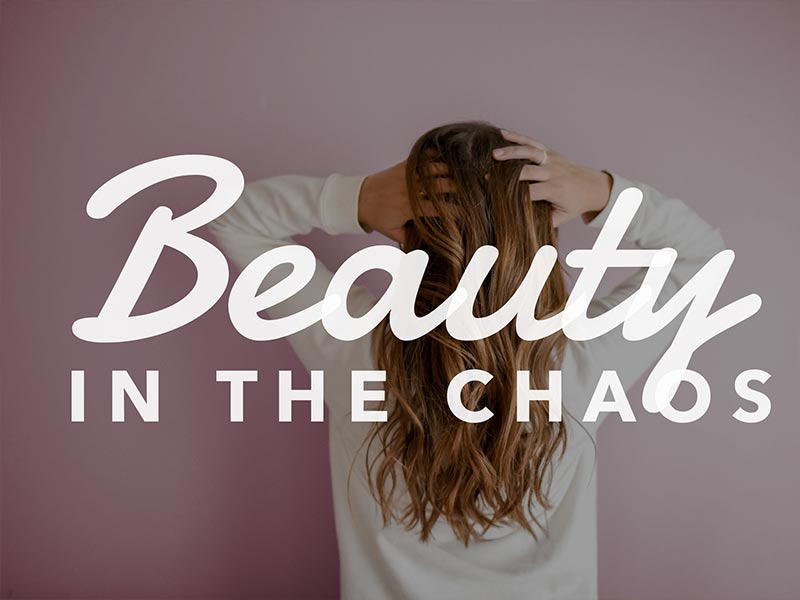 We moved when I was 11 years old. We moved from one region of the US to a completely different one. While not a country change, it felt in many ways as if we had been flown to an unknown part of the world and left to find our own way. The accents and idioms were different, the weather was different, the stores were different, and the people were very different.

11 is a tough age even if you aren’t experiencing a major move. I no longer seemed to “fit” anywhere. I was the weird pastor’s kid from the north who didn’t understand the local culture. I would retreat to a set of outside basement stairs at our new house where I could be alone to grieve and think. Our move had even taken away the 10 acres of country I was used to roaming. I remember many a tear cried on those cement steps as I tried to slouch down low enough so the neighbors didn’t see me.

It was there on those cold damp steps that some major bricks in the foundation of my faith were formed. As I cried out to God, He met me there. As I told Him how alone I was, He became my friend. As I raged at all the new and “weird”, He became my comfort zone. In the midst of the chaos I couldn’t see it, but I’m able to look back now with gratitude for the chaos. Jesus became real to me in the chaos.

As adults our natural inclination is to protect the little ones around us. We can’t help but holler, “be careful” when we see them running. We see their innocence and their naiveite and want them to hold on to that. In many ways this year has been especially hard because protecting the littles around us has seemed almost impossible. They are hearing it, seeing it, and experiencing it.

In the midst of grieving all the change and chaos may I remind us that we serve a God who is in the business of using what is broken to reveal his redemptive power. Never once has God wasted what is hard. In fact, my guess is if you reflected on your own major “faith milestones” many of them would have taken place during difficult times. Be encouraged dear friends, God is at work in the little ones around us. In fact, I firmly believe we are going to find many kids come out of this season with a stalwart belief in who God is. Aren’t you grateful we serve a God who calls to us in the chaos? Be sure to tune your ear to His voice and trust Him to do the work in the kids around you.