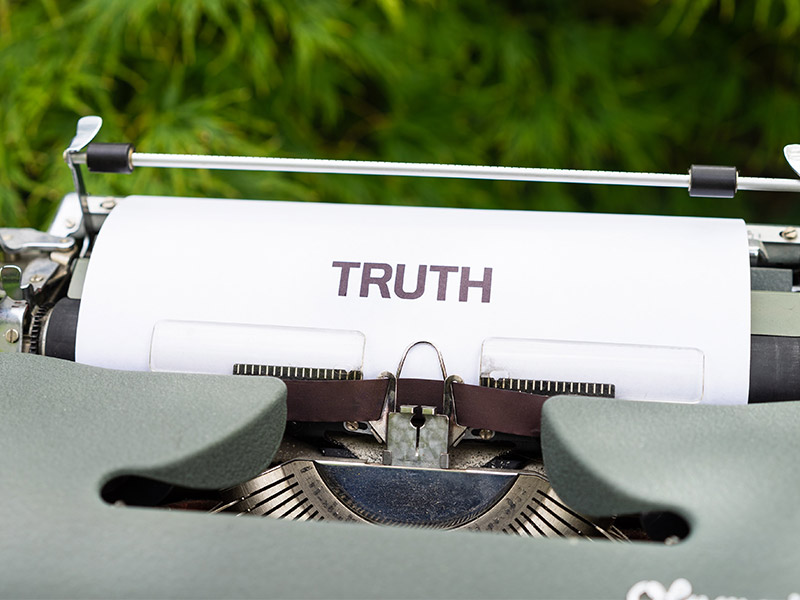 Recently, Carl Nassib, a defensive end for the NFL Las Vegas Raiders “came out” as the first openly homosexual player in the league. This column is not about debating that issue, Scripture speaks clearly regarding it. What caught my attention was the statement put out by the NFL Commissioner, Roger Goodell, following Nassib’s announcement. Goodell’s statement started out, “The NFL family is proud of Carl for courageously sharing his truth today.” [Italics added]

His truth.  We live in a day and age in which things that were true twenty-five years ago are now not seen as not true and those things that were not true twenty five years ago are embraced as rock solid truth. The question of what is true, or what is truth, is really an age old question. Go all the way back to Genesis 3:1 where the serpent said to Eve, “Did God really say, you must not eat from any tree in the garden?” He was lying then, telling an “un-truth” if you will. The quest for truth has permeated all of the known history of man. When Jesus stood before Pilate in John 18:33-ff, Pilate asked Jesus, point blank, “Are you the King of the Jews?” Jesus bantered back and forth with Pilate for a brief time to the point where Pilate answered his own question in v 37, saying, “You are a king, then!” Jesus says a few more things to Pilate causing Pilate to say, almost bewilderingly, “What is truth?”

The Word of God gives to us the truth! Every word of the Scriptures is true! A quick study of Scripture shows us that in the Hebrew culture of the Old Testament truth was something that more clearly resided in a person than just cold, hard facts or the merits of a case.  That is why The Ten Commandments were not just suggestions from God, but truths to be lived by — flowing from the character and personhood of God. Obviously, again, much more could be said here. In the New Testament, with the introduction of ministry to all — especially the Greeks and gentiles — truth was seen as more an intellectual pursuit and less tied to a person. Yet, in Christ we see the embodiment of both. Jesus boldly declared in John 14:6, “I am the way and the truth and the life. No one comes to the Father except through me.”

I am thankful that, even today, truth is not a moving target, relative or changing. Truth is not found in “my own truth” or “your own truth” but rather in the person and work of Christ. May we be clear in our proclamation of the Word of God, and pointing people to the truth, Jesus Christ!