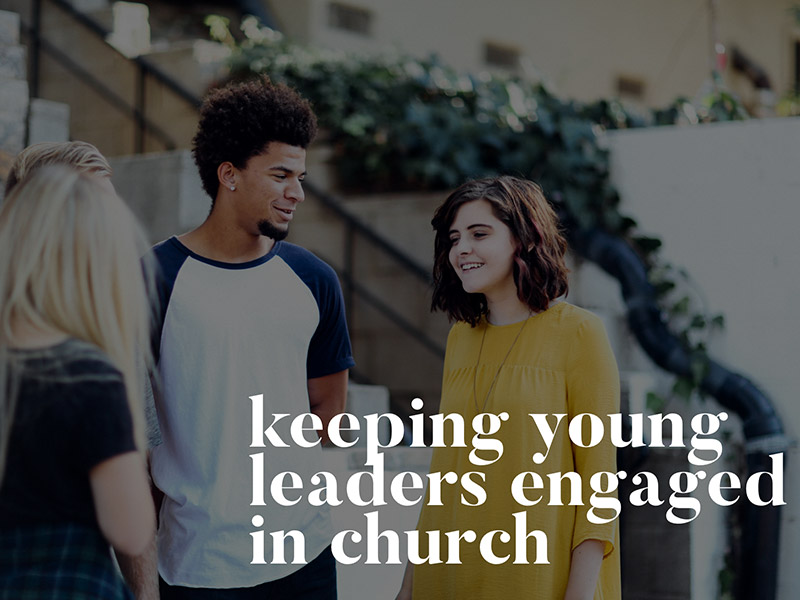 One of the challenges I hear of repeatedly is how can churches keep (or get) young adults involved. Here’s three things that young leaders are looking for in your church. They want to be involved where interested, make a significant impact, and they want to be included in the leadership conversation.

Involved. Younger leaders thrive when given the opportunity to serve or lead in areas of the church that excite them. It’s not that they always expect to be put in charge, rather they just want to be given the freedom to try using their gifts, especially in an area of the ministry in which they are interested. There are at least two reasons they are not given this opportunity. First, it can be because the older generations enjoy filling those roles and aren’t interested in developing others in those areas. Second, it can be because some leaders prioritize filling a slot over exploring which ministry would be a good fit for a younger leader. As a result, the younger leaders can feel stifled, or even worse, bored.

Impacting. Young leaders also want to make a genuine impact. They want to make a difference. Their hope is to serve and even lead in such a way that they do something for God that brings about real change. Are you limiting younger leaders from actually leading? When was the last time you looked at your list of leaders under 30 and prayed over where God might use them? When was your last event that was lead by a younger leader, or had a major area of the event given over to the leader? One obvious follow up question is to ask how you are training your young leaders to lead. Maybe this is something as simple as an apprentice program where a seasoned leader teaches a younger leader what they do, and then gives them an opportunity to try. What areas of the ministry have you determined (unconsciously or not) can only be lead by leaders over 35 years old?

Included. Lastly, young adult leaders want to be included in the leadership conversation. They recognize that they don’t have the experience older leaders bring. However, bringing the younger leaders into the leadership conversation accomplishes two things. First, it gives them the opportunity to shape the outcome. Often they come with fresh eyes and, as a result, fresh ideas. This is especially important in churches that want to reach younger adults. Second, it creates ownership of the decisions, even if their input isn’t followed. By being involved in the process, they come to understand the vision or direction of the church and can engage and serve eagerly.

1. Think through your ministries. Are younger leaders limited to just a couple of specific areas like children or youth? How might you change this? What two or three areas could you open up to young leaders right now? It’s ok for their responsibilities to start small.

2. Go over your leadership list and count up how many are under 35 years old. Pray through those in your church in that age group and ask God to show you who you might have overlooked.

3. Talk with your leadership team about how you might develop apprentice leaders in every area of the church.

4. Next time you have a leadership team meeting, calendar planning meeting or other leadership gathering, invite a couple of younger leaders. Then, during the meeting specifically ask them for their input.