Christian Theology and “Rise of the Guardians”

Christian Theology and “Rise of the Guardians” 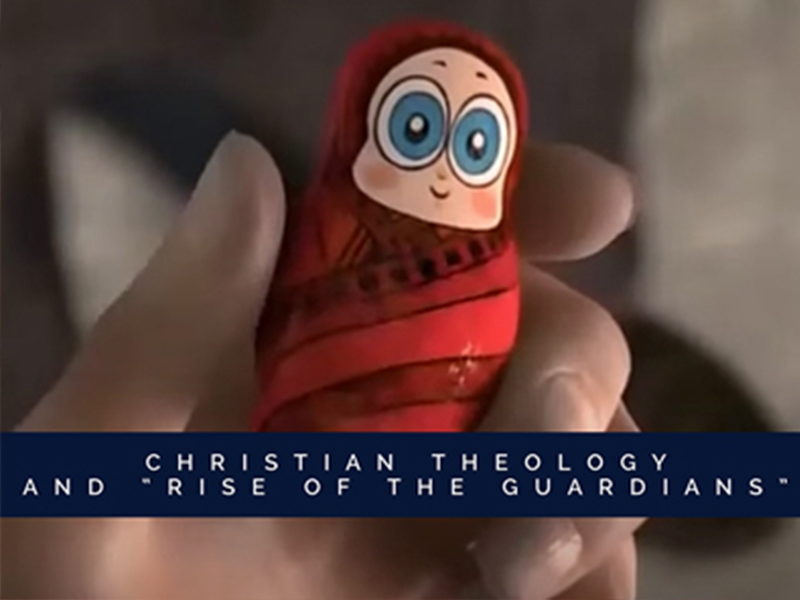 Several years ago DreamWorks released a movie titled Rise of the Guardians.  It’s a decent movie in which some traditional fictional characters – the guardians of children – battle against a sinister villain who eventually… well, I won’t spoil it.  But that is only the secondary plot.  The primary plot of the story is the acceptance of a new team member, prankster Jack Frost, into the legendary group that includes the likes of the Easter Bunny, the Tooth Fairy, and Santa Claus.  In one of my favorite scenes in the movie, Santa Claus corners Jack and asks him, “Who are you?  What is your center?”  Jack is puzzled so he tosses him a Russian doll that looks like Santa Claus.

As Jack opens each nested doll, Claus describes the ever-deepening elements of himself: jolly, mysterious, fearless, caring.  When Jack gets to the center, there is a little baby… with large eyes.  Giant eyes, full of wonder!  This wonder, Claus tells him, is his “center”.  It is the thing that animates all he does and it is what he gives to the world.

As I reflect on this, I am reminded that this wonder is what fuels all we do.  Whether it’s evangelism, leadership, or simply the continual rejection of sin in order to pursue greater intimacy with Jesus, it’s all fueled by an awe of the goodness of the Good News.  It is this continual wonder and awe of God that drives us to seek more of Him and be more about His Kingdom.

This Christmas season my prayer for us is that this sense of wonder would increase.  As we all know, familiarity can breed indifference ­– even, and maybe especially, around Christmas.  This advent may God fill us all to overflowing with a sense of wonder for His Son and all that He has done!